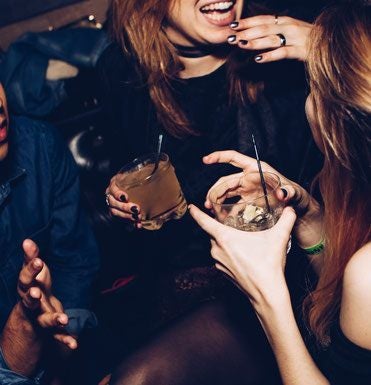 A conviction for any alcohol or drug offense can have serious long term negative consequences for a person, especially for someone that is underage. This can impact a young person not only for employment, but also college applications, trade schools, licensing and certifications, and of course, insurance.

Just because the consequences are less than a regular DUI does not mean that you should take this charge lightly.

In Washington state, there is a zero tolerance policy when it comes to alcohol or drug levels for minors, meaning any alcohol, drugs, or marijuana in your system can lead to a criminal charge.

If you are under the age of 21 and are arrested for driving while under the influence or physical control, you may face two very different scenarios depending on a number of facts, and ultimately, how the prosecutors choose to charge you.

If you have a breath alcohol test at or above .08, a level or marijuana at or above 5 ng/ML, other prescribed or non-prescribed drugs in your blood, or a combination thereof, you will likely be charge with a standard or adult DUI. If so, you would be subject to all the mandatory consequences of a DUI conviction. You can read more about those consequences here.

The other option is you could be charged with what is commonly referred to as a Minor DUI, found in RCW 46.61.503.

Our experienced DUI attorneys at South Sound Law Group have prepared the basics you should know when understanding the seriousness you face, and what to look for in a Minor DUI lawyer.

If you or your child is charged with a Minor DUI, don't wait, talk to an experienced DUI attorney as soon as you can. If you would like to set up a free DUI consultation or schedule a phone conversation, please call us at 253-383-3328.

What is a Minor DUI?

Driver under 21 consuming alcohol or marijuana can be found in RCW 46.61.503. First, let's see what the statute says.

(a) Is under the age of twenty-one; and

(b) Has, within two hours after operating or being in physical control of the motor vehicle, either:

(2) It is an affirmative defense to a violation of subsection (1) of this section, which the defendant must prove by a preponderance of the evidence, that the defendant consumed a sufficient quantity of alcohol or marijuana after the time of driving or being in physical control and before the administration of an analysis of the person's breath or blood to cause the defendant's alcohol or THC concentration to be in violation of subsection (1) of this section within two hours after driving or being in physical control. The court shall not admit evidence of this defense unless the defendant notifies the prosecution prior to the earlier of: (a) Seven days prior to trial; or (b) the omnibus or pretrial hearing in the case of the defendant's intent to assert the affirmative defense.

(3) No person may be convicted under this section for being in physical control of a motor vehicle and it is an affirmative defense to any action pursuant to RCW 46.20.308 to suspend, revoke, or deny the privilege to drive, if, prior to being pursued by a law enforcement officer, the person has moved the vehicle safely off the roadway.

(5) A violation of this section is a misdemeanor.

Let's break down each of the above bold sections to see how a Minor DUI is different than a normal DUI.

The first big difference is that a Minor DUI is a misdemeanor, meaning the maximum power of the court is to sentence you to 90 days in jail and/or a $1,000 fine.  The likelihood of being sentenced to the maximum is extremely unlikely. A regular DUI is a gross misdemeanor which carries a maximum sentence of 364 days in jail and/or a $5,000 fine. So, this difference is pretty substantial to begin with. In addition, there is no mandatory jail time or mandatory fines, as is required under a regular DUI.

Second, the levels of alcohol and marijuana are different. Due to the science involved with breath/blood alcohol testing, the lower threshold limit for a minor is .02.  To qualify for a charge of Minor DUI your level must be below the the .08 regular DUI threshold. As you can see, there is no buffer when it comes to the marijuana limits, and any marijuana in your system can get you in trouble.

Finally, a conviction for a Minor DUI is not considered a "prior" for charging or sentencing purposes if you are charged with a DUI at a later time. However, both prosecutors and judges will take your conviction into account, and it could affect any potential plea offers, alcohol evaluations and follow up treatment, and sentencing.

If you still have questions one of our top rated Minor DUI attorneys can explain everything including what the entire process requires. Schedule a free DUI consultation today by calling 253-383-3328.

If I'm arrested for a Minor DUI will I lose my license?

You can find more about the DOL license hearings here.

If you are a minor or underage driver, there can be other license consequences depending on your age and license status. Our experienced Minor DUI attorneys at South Sound Law Group are happy to explained more and answer any questions you may have.