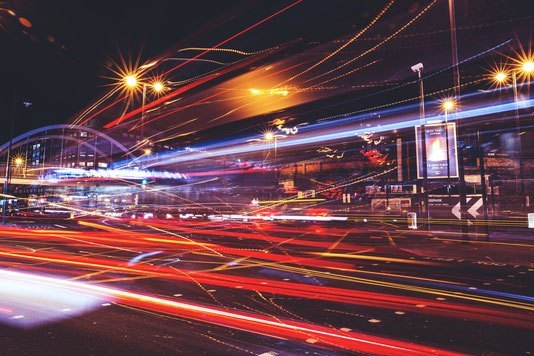 With the recent legalization of recreational marijuana, the rise of the opioid epidemic, and the increased use of prescription medications, the number of persons charged with driving under the influence of marijuana or drugs has grown exponentially.  As such, marijuana DUIs and drug DUIs are becoming more and more common.

However, the number of DUI attorneys that are qualified and competent in this area of DUI law has legged behind. There are many reasons why this has occurred; increased cost of fighting these types of charges, attorneys lacking sufficient time to educate themselves, and/or lack of experts and specific studies. At South Sound Law Group we have experienced drug DUI attorneys that have a proven record of fighting drug DUI and marijuana DUI cases.

Whether you used marijuana, illicit drugs, or prescription drugs, you still face the same consequences as a person that was arrested for an alcohol DUI.  Due to the unique challenges in these types of cases, it is important to find a drug DUI attorney that you trust to handle your case. An attorney that handles these types of cases should be able to answer a number of simple questions which we have provided below.

What is a Drugged DUI?

Under RCW 46.61.502, the DUI statute, there are a number of ways which the government can attempt to prove their case; that you drove a motor vehicle while impaired. In a true drugged DUI, there will not be any evidence of alcohol consumption, and thus, usually no breath test.

However, what is more common is officers will take the position that they believe the person to be under the influence of combined factors, like drugs and alcohol. Whether the facts support this conclusion or not.

Therefore, it is not uncommon for an officer to take a person for a breath test to rule out, or confirm, any alcohol consumption. The officer will often then get a warrant to draw a sample of your blood to be tested. This multi-consumption approach becomes clear when we look at the statute.

Under RCW 46.61.502, the government can prove you were under the influence a couple ways:

Thus, the government can prove their case against you by proving you were solely under the influence of, or affected by, alcohol, marijuana, any drug (prescribed or not), or by a combination of any of those three.

Therefore, knowing the interaction of those types of substances, knowing how individual drugs affect people, and what evidence and witnesses the government must present to prove the allegations becomes critical to fighting your case.

Can I get a DUI if I take prescription medication?

RCW 46.61.502(2) states, "The fact that a person charged with a violation of this section is or has been entitled to use a drug under the laws of this state shall not constitute a defense against a charge of violating this section.

What does that mean? Simply put, even if you are taking prescribed medication from your doctor, and the amounts of that drug that are found in your body are within the prescribed limits (meaning you aren't taking more than prescribed), you can still be arrested and charged with a DUI.

You're probably thinking, "that doesn't seem right!"  Exactly. At South Sound Law Group, our skilled drug DUI lawyers have handled numerous cases just like the scenario above. The person was taking all of their prescribed medications as directed by their doctor, but when the officer stopped them, for whatever reason, they believed the person was impaired and not safe to drive. They were arrested, taken to a hospital to have their blood drawn, and ultimately charged with a DUI. All for following their doctor's orders.

How does the government prove I was impaired or affected?

There are a number of ways the government will try to prove you were impaired or affected by drugs, marijuana or in combination with alcohol:

First, as with a standard DUI, the government will rely on testing. This can be done using breath tests, blood tests, and field sobriety tests.

An officer can obtain your voluntary consent for this blood draw, or more commonly, they will obtain a search warrant to extract and test your blood. The government relies heavily on these tests as they provide information as to what is in your system and what levels of a drug are in your body. This provides the government with clear evidence to present to a jury along with testimony from a state toxicologist and the police officer.

Second, the government will rely on the testimony of the arresting officer and any witnesses.  As in a standard alcohol DUI, the officer can testify as to your:

Depending on your situation, the government may also be able to rely on field sobriety testing by the arresting officer and/or an evaluation from an officer certified as a Drug Recognition Expert (DRE). If you are charged with a DUI based on drugs or a combination of substances, an evaluation by a DRE, at the time you were arrested, becomes valuable evidence for the government as these officers receive additional training in evaluating and testing individuals believed to be under the influence of drugs.

The battery of tests a DRE will put a driver through is greater than the standard 3 tests used for most alcohol DUIs. However, an attorney experienced in these types of DUI cases, depending on the facts, can use the testimony of a DRE to your advantage.

As with a standard alcohol DUI, there are a number of ways for your attorney to attack the government's evidence. With a drug or marijuana DUI charge, there are a number of different unique issues that pertain specifically to these types of charges. These attacks not only work to weaken the prosecutors case in several ways, they can also be used to attempt to suppress evidence the government will try to admit, restrict or shape the type of testimony allowed, and the conclusions the government's witnesses are allowed to give. You attorney may also be able to use your own doctor or medical expert to fight the allegations.

A skilled attorney familiar with drug DUIs and marijuana DUIs, will use their knowledge and skill to fight these charges at every stage; pre-charge, pre-trial, motion hearings, and jury trial. The type of evidence and testimony at issue is vastly different than a standard alcohol DUI. Not every attorney is willing to spend the time to learn how to handle drugged DUIs.

Don't hire a DUI attorney that will be unable to defend you because they don't fight these types of drug DUI cases. At South Sound Law Group we have experienced the drug DUI lawyers that have fought cases from Tacoma, to Seattle, to Olympia, and every city in-between.

In Washington, it is legal to possess and consume marijuana, similar to alcohol and just like alcohol the government can charge you with a marijuana DUI if they believe your driving is impaired. Like alcohol, the legislature has placed a threshold amount or "per se" limit in which you are declared to be impaired by law. The alcohol limit in Washington is .08% Blood Alcohol Content based on grams of alcohol per two hundred ten liters of breath. For marijuana, Washington has set the limit at 5 nanograms per milliliter of whole blood.

According to even those involved in getting this legislation passed, the 5 ng limit is low, and numerous studies have found that persons can have more than 5 ng of active THC in their system and not be impaired.

Unfortunately, this same argument was made with the per se limit placed on alcohol, but the legislature must draw a line somewhere.  Also like alcohol, the numerous ways in which marijuana can be ingested (smoking, edibles, oils, etc) and thus, how the body absorbs THC (lungs vs liver) is different, which can complicate the evidence the government will use.

When the government tests your blood, they will test it for two types of THC: Carboxy THC and Active THC. The government does this for a few reasons, which we will explore in greater detail later on.

First, let's look at the difference between the two types of THC found in the body.  Carboxy THC is not active, and thus, is not impairing or affecting you. However, it stays in your system for much longer than its counterpart. Not only can THC be found in your blood, it is also stored in your body, like in your fat cells for example, for longer periods of time.

Although the carboxy THC level that is found in your blood has no impact on whether you were impaired at the time of your arrest, the government can and will try to use this information to assume how much and/or how often you consume marijuana. The general rule is, higher the number, the more often you use.

Even though this is flawed logic based on numerous studies, the prosecutors will try to use the information they have before them in any way they can. Most often the government's use of the non-active carboxy levels against you is during negotiations, sentencing recommendations, and also in discussions about treatment or post-conviction conditions. Having an attorney that understands the differences in THC and how it impacts a person, as well as marijuana use for medicinal purposes can make a big difference in your case.

Second, and more importantly, the government will use the active THC level to try and meet the per se threshold of 5 nano-grams. If they can prove your THC was above 5 ng, within two hours of driving, they have an easier time of proving you were actually impaired or affected, because by law, you were. If the jury finds the test to be accurate then by law they must find you guilty.

This is why it is so critical to have a DUI attorney who is knowledgeable about these types of cases, how this drug interacts with the body, and the science behind it. In addition, you need an experienced drug DUI lawyer that is also able to effectively educate the jury, the prosecutors, and judges, at every stage of your case.

What consequences do I face if convicted of a drug DUI?

You face the same mandatory minimum penalties as a person charge with a standard alcohol DUI. Thus, if this is your first offense, you could be sentenced to mandatory minimum jail time of 1-2 days in-custody, $990.50-$1245.50 in fines plus costs and assessments, and numerous probation conditions for 5 years. In addition, even if your DUI had no evidence of any alcohol consumption, you will still face a mandatory Ignition Interlock requirement for any vehicle you operate. This is true even though the Interlock devices cannot detect any marijuana or drug usage, only alcohol. Yeah I know...call your legislator.

Or you can check out the Washington State court's DUI sentencing grid for all the mandatory minimum penalties and Dept. of Licensing penalties here.