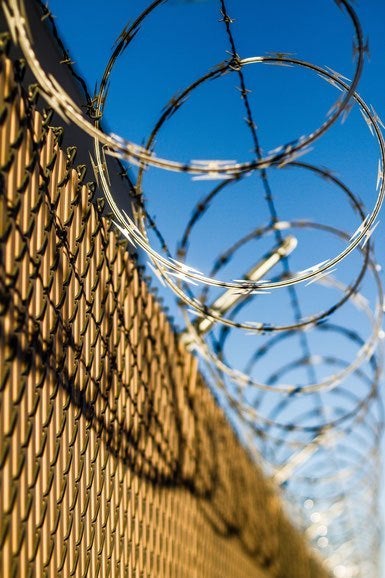 A Class C Felony is punishable under Chapter 9.94A RCW - The Sentencing Reform Act of 1981.

Under the Sentencing Reform Act, a person convicted of a crime will be subject to incarceration time according to a sentencing range that looks at all the eligible prior offenses of the person.

For a Felony DUI, this is not limited to just the "prior offenses" as defined when looking at alcohol or drug related driving offenses. Thus, any previous criminal convictions you have may contribute to your sentencing range. In addition, the court has the authority to impose larger fines than those for gross misdemeanors and misdemeanors. The court will also require the person to undergo an alcohol evaluation and any follow up treatment. A conviction for a felony will also result in the person losing certain Constitutional Rights, like the right to vote and the right to possess firearms.

These types of cases are difficult to give general knowledge on as they rely heavily on the specific facts and circumstances of each individual. When facing a felony charge for DUI, Vehicular Assault, or Vehicular Homicide, it is best to sit down with an attorney so that you can get precise and informed information pertinent to your situation. If you would like to schedule a free consultation with one of our attorneys, please call us at 253-383-3328.

Four or more prior DUI offenses

Under RCW 46.61.502, a DUI conviction with four or more prior offenses within 10 years, is a class C felony. A Class C Felony is punishable under Chapter 9.94A RCW.

A common situation for a person to be charged with a felony DUI is when they have four or more prior offenses within a 10 year period.  A "prior offense" is defined in RCW 46.61.5055.

Finally, if you were convicted of a crime in another state which is equal to a prior offense here in Washington, this will likely count as a prior offense. Because a felony is more severe, the "look back" period is 10 years, rather than the usual 7 years on standard DUIs. Whether you have four prior offenses within the 10 year period is a factor that the government must prove.

Facing a felony DUI for accumulation of prior offenses, will automatically put you in a difficult position when it comes to sentencing. If you are convicted of a felony DUI, you will be sentenced according to the Sentencing Reform act which basically adds up "points" for you prior offenses, both DUI and other crimes. Thus, by having four prior criminal offenses, you already start out with a number points. This is just one reason why it is critical that you hire an experienced felony DUI attorney that is familiar with fighting a felony DUI charge.

The difference between an attorney that says they will fight for you and go the extra mile and one of our experienced DUI attorneys at South Sound Law Group that do what they say and have proven results, could be the difference between whether you spend months or years in prison.

Vehicular Assault is a class B felony punishable under RCW 9A.20.

Under RCW 46.61.522, a person is guilty of Vehicular Assault if, a person operates or drives any vehicle,

Vehicular Assault charges add additional components, specifically the injuries of others involved. Either in your vehicle, other motorists, or pedestrians. Whether substantial bodily harm occurred, is something the government must prove at trial.

The government can prove injuries through medical records and testimony from medical experts, like doctors. These cases also include evidence of an accident, which must be investigated and analyzed as well. The government will often bring in police officers that are trained as accident re-constructionists to piece together the accident to prove you were at fault, and if applicable, that your impairment was a substantial factor.

Hiring a local DUI attorney that is familiar with these types of cases and the complexity involved is an important factor in deciding whom you should hire. These cases often involve hiring experts and accident re-constructionists to argue against the government's case. Our experience in fighting DUIs, both standard and felony, combined with our auto accident injury practice puts us in a unique category of attorneys that are remarkably capable of handling cases involving accidents. Hiring an attorney that only dabbles in standard DUI charges won't cut it.

You are facing a lengthy prison sentence, substantial fines, and the loss of several constitutional rights, if convicted. It is important that you hire a felony DUI attorney that you feel comfortable with, that you trust, and that you believe will do everything they can to represent you. If you'd like to schedule a no cost consultation with one of our top rated DUI attorneys to discuss your case, please call us at 253-383-3328.

Vehicular Homicide is a class A felony punishable under RCW 9A.20. However, if you are convicted based on driving under the influence the court will add an additional two years to the sentence for each prior DUI offense, as defined in RCW 46.61.5055.

A class A felony has a maximum sentence of life imprisonment and/or a fine of $50,000.

Under RCW 46.61.520, a person is guilty of Vehicular Homicide, when the death of any person ensues within three years as a proximate result of injury approximately caused by the driving of any vehicle by any person, if the driver was operating a motor vehicle:

It should go without saying that facing a charge of Vehicular Homicide is an incredibly scary situation. You are being accused of causing the death of another human being. The maximum sentence is life in prison.

In addition, when the government's allegations involve you being under the influence, you face mandatory two year add-ons, to any sentence you receive, should you have prior DUI offenses.  The government treats these cases extremely serious and will come after you with its full weight. It is important that you hire a skilled felony DUI attorney that you trust to work tirelessly for you.

These cases involve a lot of investigation, research, and work, because the government will put their full effort into investigating and trying to prove you were at fault. This includes not only evidence of the accident and medical records of the victim(s), but also evidence of whether you were under the influence at the time.

Your felony DUI lawyer must be prepared to attack the government's case from multiple positions. Often this can involve hiring accident re-constructionists, medical experts, and investigators. You need to hire an attorney that is not only skilled and experienced in fighting these types of cases, but is familiar with the type of evidence the government will use and how to rebuke it.

In addition, these cases carry a heavy mental and emotional weight to them. You are not only dealing with the stress and anxiety of facing a very serious criminal charge but also the death of another human being. It is not uncommon that the person whom was killed was in the same vehicle as you. They have may have been a family member, a loved one, a friend. This emotional stress is something that your attorney must be able factor into your case and help with.

There's a reason attorneys/lawyers are also called counselors of law. Your local felony DUI attorney should take your mental health into account when evaluating your case. This is a long and difficult road ahead, make sure you choose someone you feel comfortable with.

This is your life at stake, and you must be the one to decide who to put your trust in. Make sure you hire an experienced felony DUI attorney that you believe will fight tirelessly on your behalf to obtain the best possible result.